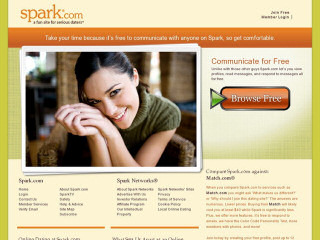 This was a horrible experience. I signed up for Spark.com. Let me say, however, that I never got a chance to really use my account.

They suspended my account as soon as I made it. They then only had a customer service number that's open a few hours a day. After almost a week of them charging me, they weren't picking up the phone. I finally got a hold of them and told them I didn't want the service since it had been almost a week and I had no access to their website. They said no.

They said that their rules - which I had no access to since I wasn't allowed on the site - stated they gave no refunds.

They also refused to unsuspend my account until I sent them copies of my driver's license and/or other sensitive documents to prove I am who I say I am. I asked where does it say that I have to send my personal documents, and they said it was a policy they had and wasn't written anywhere.

They said they would downgrade my account, saving me about 10 bucks, to just one month instead of 3. But they absolutely would not refund me the money, though they had no intention of unsuspending my account until I send them my sensitive private documents.

I am currently disputing this transaction through my bank.

What I did see of the site when I was there:

Most of the men were very old
Everyone was from California
I was contacted by a 50 year old man right away - though I'm 22.

It was very hard. They asked what must have been between 100-200 questions - all very psychological in nature, so it took a while to answer. I tried to put in my personal details: height, build, hair, etc. - but they refused to display that stuff unless I put in my weight. I don't like telling even my mother my weight, not that I'm fat, but it's a private thing.

I had to redo the profile about 10x, and it still didn't work. Finally I tried logging out then back in and that's when I found out my account was suspended. Overall: This was a horrible waste of time, and currently a big waste of money.

Spark.com Reviewed by Unsatisfied on Jul 22. This was a horrible experience. I signed up for Spark.com. Let me say, however, that I never got a chance to really use my account. They suspended my account as soon as I made it. Rating: 1
Home ›
Reviews ›
General ›
Spark.com ›
User Reviews ›
Unsatisfied