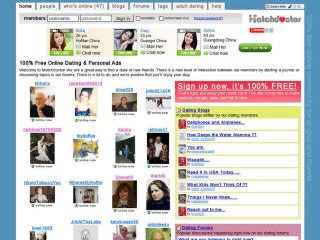 "I give MD a zero for their rating"

I give MD a zero for their rating. The number of members they advertise is a lie. If you go to the site, you will rarely see over 500 people logged on. Usually less than that. They do offer free chat, blogs and forums. Each of these areas has a group of bullies that troll them, seemingly just waiting for someone new or not in their little group to make any statement that they can jump on and abuse the person posting said comment. Recently one lady went to the area set aside to post abuse complaints and was so verbally assaulted that she gave up and quit the site. She had been a member for years but because of her opposing views to this group of bullies (who by the way are fully supported and backed by the site moderators), she decided it easier and less stressful to leave than to take any further abuse.

I read a couple of positive reviews from people and notice that they belong to this 'group' of bullies that pride themselves on when they are successful at running someone off the site. The site moderators even join in on making barbed statements to anyone that doesn't keep quiet and let them play their games with peopleâ€™s feelings. They continually post statements 'we hope you leave' or 'if you don't like what goes on here, just leave'.

There is lots of discontent among the general membership at this time with what's going on in the site but the administration has yet to address the situation to the satisfaction of the general membership. They did however find out that many are trying to contact the owners of MatchDoctor to present all the negative documentation and get something done about this abuse. Their response was to go through the site and delete all the abusive comments and posts in blogs and forums. Too late, many members had already copied these posts and are going to present them to the owners.

If you are into being verbally assaulted and abused, are not seriously looking for a relationship or just want to see one of the worst dating sites on the internet, join MD and have a look for yourself. My statements will be verified the first time you go through the blogs and read closely what is being posted.

It is a very sad situation.

Related Articles
MatchDoctor Reviewed by KentL on Jan 24. I give MD a zero for their rating. The number of members they advertise is a lie. If you go to the site, you will rarely see over 500 people logged on. Rating: 1
Home ›
Reviews ›
Free ›
MatchDoctor ›
User Reviews ›
KentL