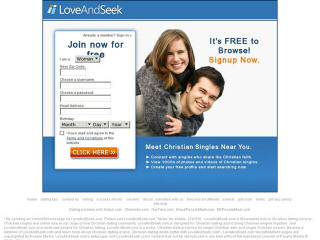 "This site is sketchy at best"

Hideous hotbed of scam artists! This site is sketchy at best! First, I have to say if you're going to date online, be smart about it. Never trust someone asking for money (and why would you even offer) or claiming to be in love with you after just a couple emails. Secondly, look at the profile! If he's claiming to be an executive and making 100K+/year, he should be able to write something about himself, construct a sentence and be able to spell his own profession.

I found this site to be full of easily spotted misrepresentation. Men claiming to be "never married" have photos where you can clearly see their wedding bands. There were numerous profiles that I was shown as potential matches where the men clearly stated they were looking for the man of their dreams. Sorry, but I'm never going to be able to match that! Not to mention that I was hard pressed to find a man that actually filled out his profile and had something to say about himself.

I also found at least a dozen profiles that had descriptions with the statements like "so I decided to try match.com." Had it been here or there, I may have thought someone was just lazy and cut and paste their profile on every site, but that phrase is prevalent on loveandseek.com. It's very clear that people are poaching profiles from other websites to use on loveandseek.com.

Despite this being a Christian site, the behavior is no different than anywhere else. I got my fair share of IM messages that I just can't repeat. I'd written to customer service on a couple occasions to address my concerns, but based on the poorly written responses I received, I believe that it's probably just more scammers running the site!

Do yourself a favor, don't waste your time on this one. Shell out a few bucks more and go to a more established online dating site.

Related Articles
LoveandSeek.com Reviewed by anonymous on Jan 27. Hideous hotbed of scam artists! This site is sketchy at best! First, I have to say if you're going to date online, be smart about it. Rating: 1
Home ›
Reviews ›
Christian ›
LoveandSeek.com ›
User Reviews ›
anonymous