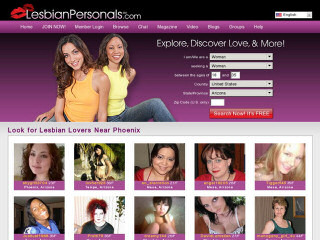 Lesbian Personals is a female only dating and match site from Friendfinder. New joiners can create a photo profile and access various activities on the site such as browsing, communities and blogs. An upgrade to Silver or Gold status unlocks other privileges such as viewing additional photos and unrestricted messaging.

A popular online dating site for lesbians and bisexual women.

LesbianPersonals is international but it seems that most members are in the US. As with other Friendfinder websites the emphasis is on casual matches rather than anything serious. 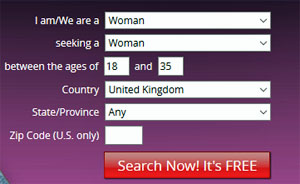 You can join the site for free, but you'll need a paid membership to access anything of interest.

Inside the layout is fairly standard with, browsing, match-search, chat rooms, and of course messaging. You can also create your own blog on the site so that others can get to know you better.

In short LesbianPersonals contains all the bits you'd expect from a traditional dating site.

Unlike some other lesbian only sites there is no moderation or restriction on who can join. A lot of the members on there are interested in casual flings rather than long term relationships. There are also a large number of couples and male members to be found too.

Visit LesbianPersonals.comWrite a Review
No ratings yet

Total 0 Ratings
0 Reviews
0 Comments
Rss Feeds. Subscribe to comments for this site. [?] Receive updates about Lesbianpersonals.com directly through your newsreader.
Sort By: