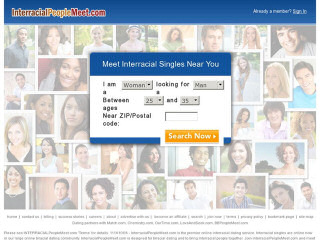 "White Man Disguising Himself as Black"

Minus-one star. I met a guy who is White and tried disguising himself as a Black Man. I was very specific in my post as to whom and what i was seeking. This dummy had a photo posted of a black man about 275 lbs, 6'2.... Okay, eventually as we chatted, we exchanged phone numbers. Now i understand that you can not always tell a book by it;s cover. BUT, when i spoke with this fool, his voice was that of a young, light weight, 4'11 White man. I had to inform him "your voice just doesn't fit the person in the photo". His response was "well, yours doesn't sound like the person in your presented photo either.

We continued with a rather intelligent conversation, All the while, i am wondering..., when and if we meet-how is he going to cover up his white face? Will he go with the black face as in the racist ...past? I don't know what to say about this other than i am done with dating sites. This is no fault of the company-as they can't control what people post.

This is the second time i have ENCOUNTERED SUCH A SITUATION. I wish i was able to locate the true owner of the photo.