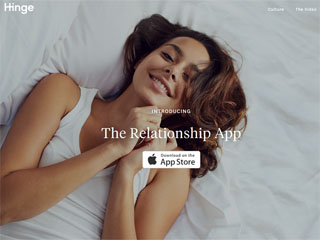 Hinge's dating app uses your social connections to find you dates. It calls itself the app for people with "Tinder burn out". It's designed to be quick and minimalistic.

Hinge is an app that finds you dates by working with your friend connections.

There isn't much new with this because apps like Tinder and Groupr have been doing this for years.

So what else does this app have to offer you? Some people like swiping through dozens or even hundreds of profiles every day. The search is the buzz for them. But for some people this just takes too much time.

Hinge's answer to 'Tinder fatigue' is to send you a limited number of potential matches each day.

Hinge's answer is to send you a limited number of potential matches each day from your extended friend network - friends of friends and so on. By doing this you don't feel the need to have to go on and check out any new arrivals. Hinge, supposedly picks the best of the bunch and sends them to you. It's for people who want dates but don't want "swipe fatigue".

It has to be said Hinge is quite minimalistic. This isn't an app that's going to match you on deep compatibility and chemistry... It simply assumes you'll have things in common with people in your friend's network. Sometimes this works. Sometimes it doesn't... 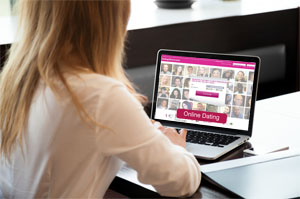 Be prepared for it to throw up some bizarre matches. If you decline the match, you won't be shown that person again.

Hinge's selling point of "friend matches" can also be its biggest drawback. It means if you don't have a wide or diverse enough group of friends, in your area, it can be a bit of a let down.

There are both free and paid versions of Hinge. The subscription version is free of ads and costs $7 per month.

You can get Hinge on popular smart phones. There's also an app that runs on your Facebook.

Visit HingeWrite a Review
No ratings yet

Total 0 Ratings
0 Reviews
0 Comments
Rss Feeds. Subscribe to comments for this site. [?] Receive updates about Hinge.co directly through your newsreader.
Sort By: