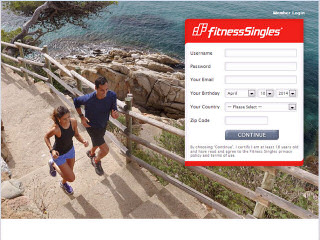 Fitness Singles is littered with fake profiles. I joined FS and another dating site (Elite Singles) on the same day, with very similar profiles and identical photos. On FS I have sent 31 messages, and only 5 have been opened after 3 weeks. On Elite, I have been on two dates and have two more arranged, and I am chatting with more women every day. It is actually a dating site featuring real people, unlike FS.

There are hundreds of profiles with just one photo, and no 'blurb' other than the statistics for height, weight, etc. Who would pay for a subscription and then doesn't describe themselves and the type of partner they seek ? I've spotted plenty of impossibles too - like a woman who is 5'4" tall, weighs 56 kilos, and describes herself as 'carrying a few extra pounds'. Sounds like some kind of magic trick to me. Utter scam - don't waste your money or time.