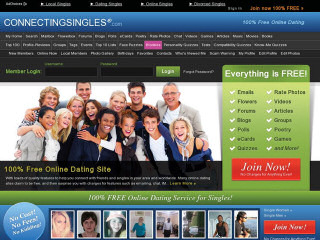 "The worst dating site that I was on."

I joined three dating sites and this one was the worse. Too many scammers on there and fake profiles. And they deleted me because I stood up to one of the men on there.

From the time I joined I was harassed by very bitter and angry men. They had been on there for a long time and were angry at women.

They were demeaning and not nice at all. I reported one of the and got deleted from the site. They were pushy and really got upset that I would not give them my email address first time with one email to me. And giving me phone numbers for texting them right away. And to call them. I did not know them and told them this and they would get really nasty.

It is obvious to me that this site is not monitored and not in the best interest for women.

Women be warned of this site. I was starting to be very uncomfortable to the point of not even wanting to go on it.