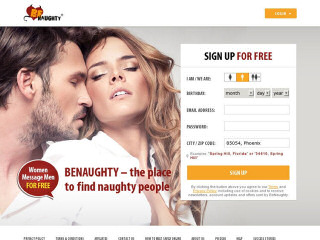 1. Interface
The chat interface is broken. I reported this many times and no action was taken. I tested it with a woman I met on the site. I sent her messages and she sent me messages….. Nothing came through. When we went to support, they claimed the people were ghosting us. SMH …. Guys , if you are chatting out your best lines and you cannot be sure if it is getting to the woman or if she is capable of responding …. You are wasting your money.

2. Women on the site –
a. The site does not require women to adequately fill out the questionnaire; I had no idea who I was communicating with most of the time.

b. Women who do not pay for a membership may not be able to respond to your chats. I did not find this out until I had used the site for a while. Guys, you cannot tell which women can respond and which ones cannot, so you don’t know if you are being ghosted or if the woman is interested and just cannot respond.

c. Scammers -Until I figured out a work-around, I was approached by hundreds of women selling one service or another or attempting to scam me. It was more than annoying dealing with all the scammers, the company could fix this if they tighten their policies.

d. After spending some time on BeNaughty, I believe that at least 90% of the women are either fake , or bots or solicitors.

b. Prepaid Card Lies – I tried to pay with a prepaid Credit Card as customer support had suggested - I could not. A lie, multiple support people told me was that I could pay with a Prepaid card (I live in the US). My PrePaid card could not be used outside the US on a website …. BN also does not tell its customers it is a foreign company and support is operated in the Philippines. I do not care to ascribe reasons to why BN wants its customer to pay by credit card, but you can figure it out.

a. Customer support was downright rude and had no interest in helping me resolve my issues. Three customer support managers hung up on me. In dealing with customer support , I got the feeling that their attitude was …. “Take what we give you, if you don’t like it, go somewhere else.”

b. When I reported problems with the site, I received a “Canned” response and in many cases the response was not even related to the problem I was reporting.

BeNaughty.com has received an “F” rating from the Better Business Bureau

Related Articles
BeNaughty Reviewed by Woodedview on Mar 6. 1. Interface The chat interface is broken. I reported this many times and no action was taken. I tested it with a woman I met on the site. Rating: 1.2
Home ›
Reviews ›
Adult ›
BeNaughty ›
User Reviews ›
Woodedview