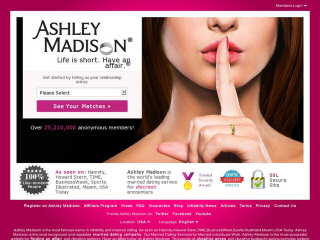 "Opinion for Long-time AM User"

I have been on and off AM for at least the past 5 years. In this time I have only been on 2 dates. A number of times the women cancelled at the last minute and there were several no-shows. In general the women on AM treat the men with rudely or with no regard.

It's almost as if they are there to torture men because they hate their husbands and the male species in general. Part of this is probably because they have no skin in the game, i.e., they get to lurk and cruise the site for free. The irony is, if women were charged money, the boy-girl ratio would be even worse. As it is it's at least 5 or 6 men for every woman.

All in all AM is probably the best site like this at this time, however if married dating is as popular as some suggest, there is plenty of room to improve these kinds of sites. I myself have several ideas that could greatly improve this site and cause the women to better interact however I may have to create a competing site before anyone will take me seriously. Good luck, you will need it.