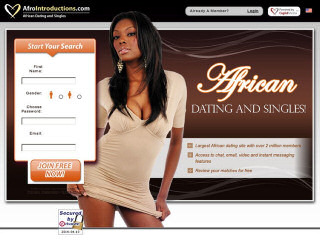 I admit that my time on this site was out of mischivious curiosity, but kept an open mind just in case. I was not at the time in a serious relationship, so part of me was hopeful that amongst the chaff, of which there was acres, there would be some wheat, if only a single strand.

I am black, male, and residing in the UK, have a good solid profession, and good looking, even if I do say so myself. I have always had a thing for African women, so Afro seemed my natural habitat. Within the first few days of posting my profile with pic, I had received over 200 "interested" notifications. Insane! I know, so I took it all with humour.

Along the way a few women stood out, but one by one they disqualified themselves by reading parrot-like from that familiar hard luck script. You know the one. Being pursued by a heartless landlord for outstanding rent, medical bills for sick mum/ grandma, and the classic phone credit/ need new phone (current one dropped in water, or stolen ) scenario.

Switched off my profile at least 3 times to take away the scent from some of those scammers, but on switching it back on finally, my current love interest cautiously, steadily, and with enough intelligence, and sincerity, captured my imagination.

We have been communicating now for just under a year, ( my last planned trip had to be cancelled for unavoidable reasons ) and I have to say, the odds of me meeting a woman such as I have found on Afro, was heavily stacked against me, but found her I have, and I have never been closer to peace within.

She is achingly beautiful, and has the most vibrant, and interesting mind I have ever found in a woman. So, at least my experience have proved fruitful, and my advice is hold out for the one that emerges head and shoulders above the rest, take it slowly, build the trust, and allow love to develop if it is meant to. And finally don't be too quick to part with your hard earned cash. I get a buzz from giving, but only to the truly deserving and sincere .